Save your hard drive budget without using cheap drives 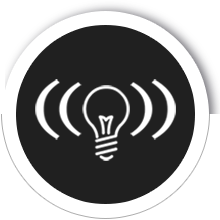 So you’re getting ready to start principle photography on your production and you’re trying to figure out how many hard drives you’ll need on set. Whether you’re a producer, DIT, or one-man-band, you’ll want to CYA while still looking after your budget. In this post, I’ll take you through a few things to consider and then I’ll show you an easy way to save your budget without resorting to cheap drives.

Your first port of call is to calculate how much data you’ll be generating. Of course, this will vary from production to production based upon your cameras, settings, and your director’s shooting ratio. To help you through this calculation, we recommend a tool like the AJA Data Calc app. You can download it here.

If you’re planning to store the editorial proxies (the transcoded files you’ll use for offline editing) or dailies on the same drive as the raw footage, don’t forget to account for that as well.

This is as good a place as any to mention backups. All hard drives fail eventually. So, because you will always, always offload your footage to at least two different places, you will need twice as much disk space as the data you expect to generate. It’s also good practice to keep those two copies in different locations whenever you’re not shooting. However, to keep the numbers simple, we’ll only look at one set of drives for our example.

Once you’ve figured out the total amount of data you expect to generate, it’s time to purchase the hard drives where you’ll offload that data. But do you purchase many smaller hard drives or a few larger ones? Fewer, larger volumes will almost always save you money, and to show you why, let’s take a typical case.

Note: For cost estimation, we’ll assume all drives are Removable Dual-Drive G-RAIDS. Prices are approximate and were at least close at time of publication.

How to save on drives

Say you’re using one camera (it doesn’t matter which one) over 30 shooting days and you calculate that you’ll generate about 850GB per day, for a total of 25.5TB.

It may seem like the smart move would be to buy seven 4TB drives. That way you can take one back if you end up shooting less, and a total of 28TB should cover you nicely, right? But let’s see what happens when we start shooting.

After four days, we’ve used 3.4 TB and we don’t have room on the hard drive to fit all of the fifth day. We don’t want to split a day between drives, so we go onto the next drive, leaving 600GB (or 15%) of the drive space on Drive 1 unused.

This pattern will likely continue for the duration of the shoot. We’ll go through a drive approximately every four days, and we’ll run out of drives on day 28. By the end of the show, we’ll have purchased eight drives, a total of 32TB of drive space, to store 25.5TB of data. And all of this cost us around $3440.

So what happens when we use larger drives? Two things:

With 8TB drives, we go through a drive every nine days, leaving around 350 GB of unused space (or about 4%) on each drive. By day 27, we’ve used three drives, costing around $1590. We still have three days left, and one 4TB drive costing $430 should cover us just fine.

So, by doubling the capacity of each drive, we are forced to buy half the total number of drives, we paid less per TB, and reduced our overall costs by more than $1400!

An even better option for our example would be to use a 16TB drive and a 12TB drive.

This scenario is an oversimplification, of course. In practice, there are other variables: a formatted RAID drive is actually smaller than the stated capacity, you’ll generate different amounts of data on each shooting day, etc, etc.

But the fundamental economics remain the same:

Larger drives will store your data more efficiently and cost less per TB, saving you money.

But I can get a killer deal on [XYZ] 4TB drives!

Fantastic. If you can get a great deal, go for it – unless you’re paying a cheap price for cheap drives. Cheap drives mean slower I/O (transfer speeds) and less reliability, and they will almost always bite you in the end.

Remember that you are pouring every dime you are spending into that footage, so quality drives are the smart play. I hope this post helps you manage data like a pro and still save a few bucks.

Got a cost-saving tip? Share it in the comments! 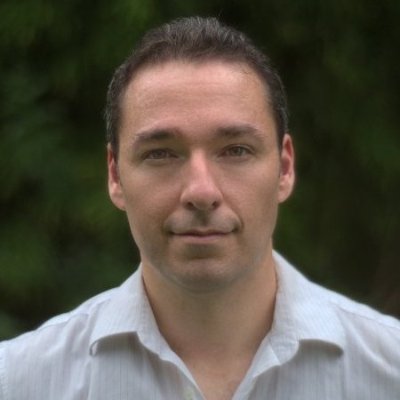 I’m a DIT, digital marketing enthusiast, and father of eight. When I’m not onset or posting on the blog, I enjoy all things creative, whether it’s making music, digital painting, or creative writing.